Information Technology News you may have missed in May 2020

Going forward, we will be having a Xenex IT News section on our blog where we will centralise what’s new in the Information Technology market. Follow our blog to stay up to date and find out how your business may be affected.

Microsoft introduced its first customer offering from Microsoft 365 and new changes for the Office 365 subscriptions for small and medium-sized businesses—and to Office 365 ProPlus. These products will all use the Microsoft 365 brand. Now known in the market as “the world’s productivity cloud” that embodies the vision for the future, Microsoft 365 has come a long way. This comprises new capabilities in Microsoft Teams to aid in holding rich events and meetings online. Features like cloud file storage and sharing capabilities so staff can collaborate from anywhere, and identity and security solutions are first-class technologies continuously improved.

The 2020 Web-Smart Switches market report includes information around the market share, size, growth, trends, cost structure, market drivers, global competition, opportunities and challenges, revenue, capacity and forecast 2026. Firstly, the report includes a comprehensive and overall study of the Web-Smart Switches market plus factors that influence market growth. Secondly, the report provides data to create strategies for increasing market growth and maximising effectiveness. Microsoft blocked reply-all email threads, an addition that will mainly help large companies and will identify 10 emails in the reply-all category sent to more than 5000 others within one hour. This feature will remain on for four hours. This means cleaner inboxes and improved productivity for everyone.

The US National Security Agency warned government partners and private companies about a hacking operation that uses a special intrusion technique to target operating systems often used by industrial firms to manage computer infrastructure. The software vulnerability in Exim is a mail transfer agent common on Unix-based operating systems, such as Linux.

“This is a vulnerability that is being actively exploited, that’s why we’re bringing this notification out,” said Doug Cress, chief of the cybersecurity collaboration centre and directorate at NSA. The vulnerability was patched last year, but some users have not updated their systems to close the security gap.

The retail service provider also saw the number of gigabit services it has in operation climb from 4% at the end of December last year to 51% just three months later. It did even better at the gigabit tier, where it saw a dramatic increase in the number of 1000/400 Mbps sign-ups in the first three months of 2020.

iTnews confirmed that these gigabit customers were business users that had signed on to a 1000/400 Mbps NBN Ethernet Bitstream Service or NEBS product.

Microsoft laid out plans to further support healthcare, first-line workers and scientists fighting the control. In order to create the Microsoft Cloud for Healthcare, the company is adding on top of and extending Dynamics 365 Marketing, Dynamics 365 Customer Service, the Power Platform-tools, and Azure IoT. New built-in features in Microsoft 365 and Microsoft Teams targeting healthcare were also created.

At Build 2020, Microsoft officials announced a public preview and six-month free trial for its first industry-specific cloud offering, the Microsoft Cloud for Healthcare. The Cloud for Healthcare is going to be one of several “Microsoft Industry Clouds”. The targeted cloud technologies are designed for data analysis, collaboration, and operations for some of the company’s key vertical markets.

The Year of Linux on the Desktop is almost here, and it’s… Windows-shaped

WSL2 was quite the star of 2019’s Build event and brought with it a tweaked Linux kernel, full system compatibility, and considerably snappier file performance. While its predecessor, effectively a translation layer, was the technological tour de force, WSL2 did the previously unthinkable and dropped a Linux kernel into Windows. Windows Subsystem for Linux to gain out-of-the-box support for GUI apps, GPU chippery.

Access to GPUs from Linux is on the way. Now, according to Microsoft “support for Linux graphical user interface (GUI) apps will enable you to open a WSL instance and run a Linux GUI app directly without the need for a third-party X server.” Therefore, the company is planning to move Linux environment out of being text console mode only, with applications getting graphical user interfaces (GUIs) as well. A new Linux dxgkrnl kernel driver was clean-room developed for the WSL DirectX support, based on Microsoft’s Windows Display Driver Model graphics processing unit para-virtualisation (GPU-PV) technology.

The Foreign Investment Review Board (FIRB) has given the deal the green light, clearing the way for TPG shareholders to vote on the merger.

“The merger is now another significant step closer to reality, and we’re progressing our plans to bring the two companies together mid-year,” Inaki Berroeta, the chief executive of Vodafone Hutchison Australia, said.

Monthly summary of IT news

We hope you enjoyed our selection of news for May and that we will have you back for our June summary. Xenex Systems team is looking forward to keeping you and your business up to date with changing technology trends! 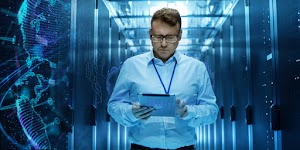